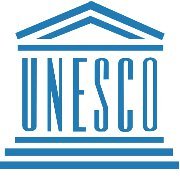 The World in 2030: Public Survey Report was recently published by UNESCO. The report was published by the organisation based on the survey held between May 2020 and September 2020. The survey collected responses from more than 15,000 people from all over the world.

The top challenges to be faced in 2030 according to the report are as follows:

Climate change and biodiversity loss were the top concern in the Asia and Pacific region. The Asia Pacific respondents of the survey highlighted natural disaster risk, localised impacts and importance of culture as the other major challenges. The top solutions to address the concerns in Asia Pacific are as follows: