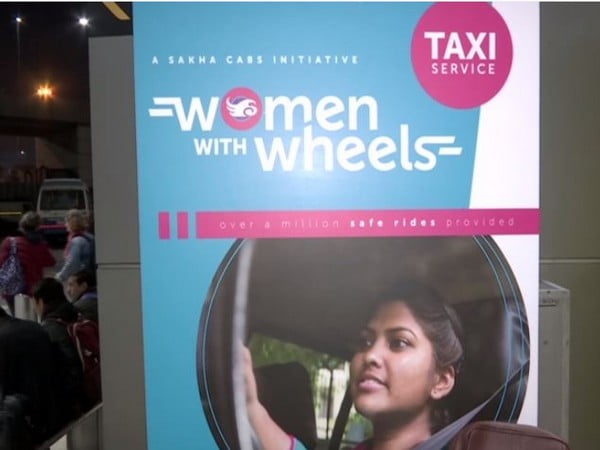 In partnership with a private company, Sakha Consulting Wings, the Indira Gandhi International Airport, New Delhi has introduced a new initiative called ‘Women with wheels’, all-women cab service for women, operated by women drivers.  It was started on Thursday, 23rd January 2020. The cabs are stationed outside the Terminal 3, with a fleet of about 20 cabs at present.

The service is initiated by ‘Sakha cabs’, which was launched from the airport from the month of January this year. The taxis are driven by women drivers and the transport services are provided to only female commuters. All the women drivers have been trained by the foundation of Sakha cabs in driving, self-defense, personality development, and English speaking.  In the upcoming days, the service will be expanded to the other terminals as the authorities plans for the introduction of new cabs. The cabs at present are covering all regions of the Delhi-NCR region and have been equipped with a panic button so that in case of any sort of emergency the customer support team can reach the cab as earliest as possible.