What is ‘Sarna Code’ Resolution passed in Jharkhand Assembly? How is it related to Census 2021? 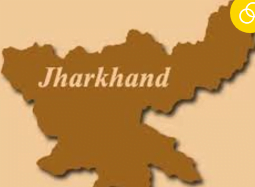 On November 11, 2020, the Jharkhand General Assembly passed a resolution demanding a separate ‘Sarna Code’ for Tribals. The proposal was tabled by Chief Minister Hemant Soren. The resolution was passed unanimously with voice vote.

The Resolution seeks a separate column for followers of Sarna religion in Census 2021.

The Sarna religion is completely based on naturalistic worshipping. The major problem is that the term Sarna is not common to all the adherers of naturalistic religions worshipping forests, mountains and rivers.

There was separate Sarna Code between 1871 and 1951. However, it was removed in 1961 due to conspiracy. Also, in 2011 the National Commission for Scheduled Tribes recommended to add Sarna Code in the Census. However, this recommendation was not implemented.

Schedule V of Constitution of India

The Schedule V of Constitution of India deals with control and administration of Scheduled Areas and scheduled Tribes residing in states other than Meghalaya, Assam, Mizoram and Tripura. In Scheduled areas the central government plays a direct role in safeguarding the economic and cultural interests of scheduled tribes.