What is Red Channel Agreement? 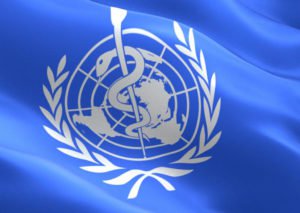 The Red Channel Agreement was signed between the World Health Organization and IFRC (International Federation of Red Cross and Red Crescent Societies) to implement the Emergency Medical Team Initiative.

What is Emergency Medical Team Initiative?

IFRC is a humanitarian aid organization that carries out relief operations assisting victims of disasters. It works to strengthen the capacities of its members. Around 192 countries are members of IFRC. The headquarters of IFRC is located in Geneva, Switzerland.

After first world war, representatives from the National Red Cross societies of the allied powers came together to strengthen and unite the existing Red Cross Societies.

It is also called the Laws of Armed Conflict. It regulates the conduct of war. It is a set of international laws that establishes rules of what can be and what cannot be done during an armed conflict. These rules were found at the Geneva Conventions of 1949. The Geneva conventions are series of treaties on treatment of civilians, soldiers and prisoners of war.

The rules include humane treatment of prisoners, limited use of forces, protection of civilian properties, respect for red cross, red crystal and red crescent emblems. The conventions aim to care the wounded, shipwrecked, sick regardless of whether they are enemies or friends.

The law applies to all signatory nations.