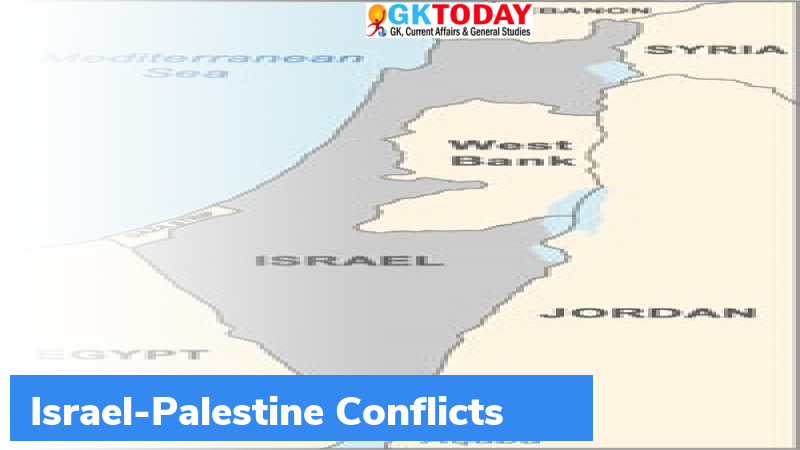 The tensions in the Gaza strip have been escalating since the Israeli police put a barricade at the Damascus Gate. This was around the start of Ramzan, in mid-April, 2021.

It is one of the main gates to the old city of Jerusalem. It is located on the highway that connects Damascus, the Syrian capital.

What caused the tensions?

The Israeli armed forces recently stormed the Al-Aqsa Mosque in Israel. This was done ahead of a March by the Zionist Nationalists.

The action of the Israeli armed forces injured more than 300 Palestinians.

In response to the attack the Hamas fired dozens of rockets. Hamas is an Islamist militant group that runs the Gaza strip. To this the Israelis launched an air strike on Gaza. This killed more than 21 Palestinians including nine children.

Reasons behind the current escalation

The Israeli Government had permitted the Zionists to conduct Jerusalem Day March. It is traditionally held by the Zionists. However, the Israeli armed forces attacked the Al-Aqsa Mosque claiming that the Palestinians had camped in the mosque with stones and cocktails.

It has been at the centre of conflict between Israel and Palestine for a long time. The United Nations partition plan proposed Jerusalem to be an international city in 1947. However, the Israelis captured the Western half of the city during the first Arab Israeli war in 1948. Jordan occupied the Eastern part.

What do they want?

Israel sees the entire Jerusalem city as its unified capital. This claim was even endorsed by the former US President Donald Trump when he was in power. On the other hand, Palestine is not ready to accept any compromise formula unless East Jerusalem is made as its capital.