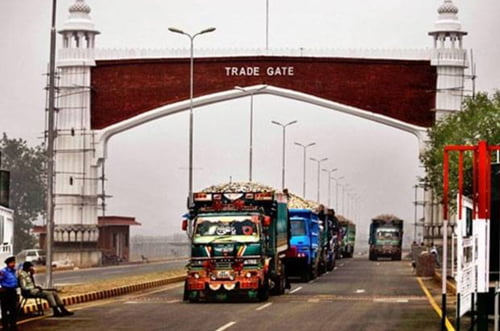 Pakistan government has resumed the Afghan exports through the Wagah Border crossing as part of the Pakistan-Afghanistan Transit Trade Agreement. Pakistan had already opened the Pak-Aghan Border at Torkham and Chaman round the clock for six days a week, in May 2020. But, Afghan exports to India through the Wagah Border have remained suspended even now because Pakistan does not allow exports from India to Afghanistan through its territory.

Known as APTTA, this was signed in 2010 in order to facilitate seamless movement of goods between the two countries. This has superseded the 1965 agreement between the two countries in which Afghanistan was allowed to import through Pakistan but the latter was not granted the same rights. However, in the new agreement, both the countries have been allowed to use each other’s airports, roadways, railways etc. However, this agreement does not extend to road transport vehicles from any third country.