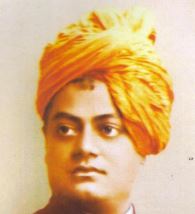 Universal Brotherhood Day is observed on 11 September every year around the world to honour the historic speech delivered by Swami Vivekananda on this day in 1893 to the delegates of the World Parliament of Religions in Chicago.

The Speech is famously remembered for the opening words of Swami Vivekananda,

“Sisters and brothers of America”. This was a departure from the conventional usage of more formal salutations. For this he received a two-minutes-long standing ovation.

Swami Vivekananda’s address was most probably the first one wherein the global audience was greeted by the use of a more filial term.

Swami Vivekananda discarded the idea of religious supremacy and propagated a message of mutual tolerance and religious acceptance, while critically defining both and differentiating between the two as well.

Speaking about Hinduism he stated that “I am proud to belong to a religion which has taught the world both, tolerance and universal acceptance. We believe not only in universal tolerance but we accept all religions as true.”

Following Swami Vivekananda’s idea of toleration and to accept the other person in totality and making peace with all is a way forward for the diplomatic and domestic peace.