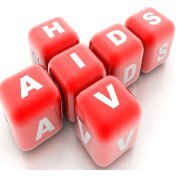 Union Government has scrapped customs import duties for drugs and test kits used to treat Human immunodeficiency virus infection and acquired immune deficiency syndrome (HIV/AIDS).
In this regard Central Board of Excise and Customs (CBEC) has issued a notice that will remain in effect till March 2016.
This decision will help to cut prices of AIDS drugs across the country and thus help directly in Government’s national program to fight the disease.  It will also make import raw materials that are used to make antiretrovirals under the national program cheaper.
This tax exemption will be applicable to certain first-line and second-line antiretroviral drugs which are used to treat adults and children. Apart from drugs certain diagnostic kits and equipment are also exempted from tax.
In India more than 2.1 million HIV/AIDS patients are provided with daily antiretrovirals for free from state-run distribution centres which are operated by National AIDS Control Organisation (NACO).