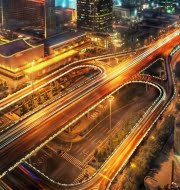 The Union Government has approved the re-designation of the Delhi-Mumbai Industrial Corridor Project Implementation Trust Fund (DMICPTF) as National Industrial Corridor Development & Implementation Trust (NICDIT).
NICDIT will be the apex body to oversee integrated development of all industrial corridors across the country. It will implement all the five proposed industrial corridors, together covering 15 States.