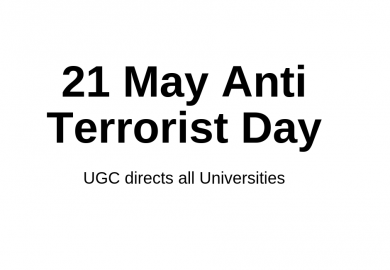 The University Grants Commission (UGC, the higher education regulator) has directed universities and higher educational institutions (HEIs) in India to observe 21 May as Anti-Terrorism Day so as to wean youth away from terrorism.