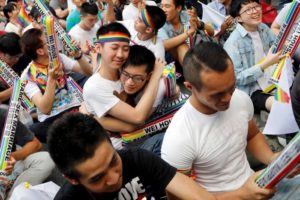 On May 17, 2019 in a landmark decision, Taiwan became the first country in Asia to legalise same-sex marriage thus giving gay couples the ‘Right to Marry’.