Status of Policing in India Report 2019 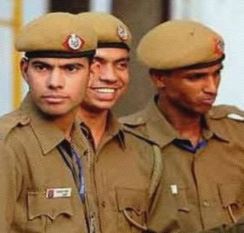 Based on a sample survey of 11,834 police personnel across 105 locations in 21 States, the Centre for the Study of Developing Societies has published the “Status of Policing in India Report 2019.”

The report highlights the anomalies faced by the police personnel in terms of a healthy work environment. The policymakers must address the plight of the policemen to maintain the good health of the society