Reviewing the Process of Appointment of Governors 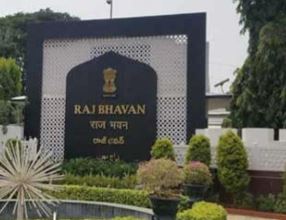 In a recent appointment of governors for five states, the central government has appointed persons who are deeply embedded within the ruling party ecosystem. The governor of Telangana was the Tamil Nadu state head of the ruling party. All these appointees have recent, strong and uncompromising links with the ruling regime.

These appointments put the ideals enshrined in the Constitution in an extremely precarious position and call for a review of the process of gubernatorial appointments.

In India, nothing more than the fact that the President has appointed a person as Governor “by warrant under his hand and seal” is put in the public domain. The Constituent Assembly debates on the issue of appointment of governors reveal divergent views and considerable deliberation.

In the constituent Assembly debates, Sardar Hukam Singh argued in favour of providing a panel of names, elected by the State Legislature, for the President to choose from.

Fellow member, Alladi Krishnsaswami Ayyar also backed the appointment of a Governor by the President with the hope that the “Cabinet at the Centre would also be guided by the advice” of the State Cabinet in the appointment of governors.

Another Member G. Durgai Bai spoke in favour of an appointment mechanism in order to “place the Governor above party politics, above factions and not to subject him to the party affairs”. This was even supported by Prime Minister Jawaharlal Nehru.

A cursory look at the appointment of the Governors since 1950, tells us that the fear expressed by the various members of the Constituent Assembly was not imaginary.

What did Supreme Court Say?

The Supreme Court of India had made the following observations in the case of B.P. Singhal v. Union of India (2010):

The Sarkaria Commission on Centre-State Relations and the National Commission to Review the Working of the Constitution have reiterated the fact that the Governor appointee “should be a person who has not taken too great a part in politics generally, and particularly in the recent past”.

But the recent appointments made by the President have overlooked this important recommendation which is critical to the existence of a federal and constitutional democracy.