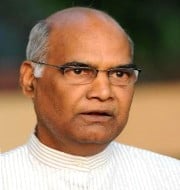 President Ram Nath Kovind has Assam Witch Hunting (Prohibition, Prevention and Protection) Bill, 2015 passed by State Assembly in August 2015. This law aims to reign in rising incidents of witch hunting cases across the state. It was prepared in lines with spirit of universal declaration of human rights, crimes in witch hunting cases cause gross violation of basic human rights.

The law aims to eliminate superstition from society by making such offences under it as non-bailable, non-compoundable and cognizable. It prohibit any person from calling, identifying or defaming any other person as witch by words, signs, conducts or indications. State Government has already notified the Act.
It prescribes stringent punishment, if anybody found guilty. It imposes up to 7 years of jail and fine up to 5 lakh rupees. This provision will come as per Section 302 (punishment for murder) of the Indian Penal Code (IPC) if someone is killed after being branded a witch.
It also proposes sentence of 3 years imprisonment if anybody blames a person for natural disasters in a particular locality such as floods, droughts, illness or any death. Cases and offences registered under this law will undergo trail in Special courts which will be set up in consultation with the high court.