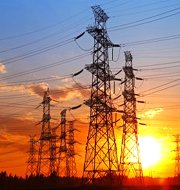 Why was the name changed?

The name was changed to reflect the important role played by the grid operators in ensuring integrity, reliability, resilience and sustainable operation of the Indian electricity grid. It also points to the unique position held by the Grid-India in connecting people to energy they use. The name reflects the functions performed by the grid managers in India at the national and state levels. It also explains the role played by the Grid-India in the country’s transition towards renewable energy. It also reflects the vision of the PSU to become a “global institution of excellence for reliable and resilient power systems, fostering efficient electricity markets, promoting economy and sustainability”.