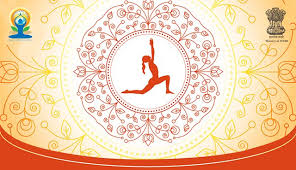 The Prime Minister’s Awards for outstanding contribution for Promotion and Development of Yoga 2019 were announced by the Ministry of AYUSH (Ministry of Ayurveda, Yoga & Naturopathy, Unani, Siddha and Homoeopathy).

Swami is a practicing Yogi from Limbdi, Gujarat and is also spiritual Head and Chairman of Gujarat’s Lakulish Yoga University, an institution that facilitates students to excel in Yoga and to explore its different facets.

She is a practicing Yoga Teacher from Lerici, Italy with more than 42 years of experience in Yoga. Her work has supplemented recognition to Yoga as a promising academic field and to Yoga Therapy as a viable healing system in Europe.

The school was founded in 1964 by Sri Swami Satyananda Saraswati and is known for varieties of Yoga techniques.

It was established in 1980 and since then has been a torch-bearer of Yoga in Japan. The Yoga Institute runs many high quality Yoga training and therapy courses through which Yoga have developed roots in Japan.

Background: In 2016, on occasion of 2nd International Day of Yoga celebrations at Chandigarh, PM Narendra Modi had announced institution of awards for promotion and development of Yoga.

Selection Procedure: The guidelines for awards were developed by AYUSH Ministry and Nominations for awards were invited through open advertisement. Two committees constituted were- Screening Committee (for preliminary evaluation) and Evaluation Committee (Jury).

The selection of recipients was done among 79 nominations received under different categories. Firstly, a screening committee chaired by AYUSH secretary, drew up a shortlist from 79 applications and then, the jury, chaired by Cabinet Secretary recommended the awards to final recipients.

Prize: Awardees will be felicitated with Trophy, Certificate and Cash Prize of Rs.25 lakh each.