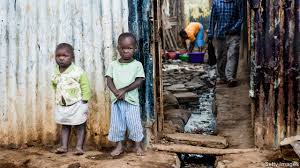 The United Nations declared October 17 as the International Day for the Eradication of Poverty (IDEP) in 1992.

Theme: Acting together to Empower Children, their families and Communities to End Poverty

The target 1A of SDG-Sustainable Development Goal is “Ensuring significant mobilization of resources from a variety of sources, including enhanced development cooperation, in order to provide adequate and predictable means for developing countries”

The Call to Action by Father Joseph Wresinski was the major inspiration to commemorate the day. Joseph Wrensinski was born to immigrant parents in a poor neighbourhood of France. He grew up in chronic poverty and was ordained a priest in 1946. He served in industrial and rural parishes. It was him who urged the UN to declare the IDEP. He is the founder of International Movement ATD Fourth World.