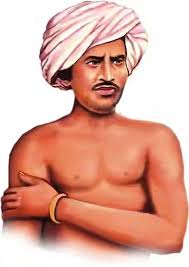 Birsa Munda was a tribal freedom fighter who hailed from the Munda tribe. He is also known as “Dharti Abba”, meaning “The Earth Father”. He was the backbone of the Millenarian Movement that arose in the Jharkhand and Bihar belt during the 19th century.

Between 1899 and 1900, Birsa Munda banned forced labour and won legal protection of land rights. He led a movement called “Ulgulan” against the Britishers for capturing their lands and forests. Ulgulan means resistance by Adivasis. The Ulgulan movement is also called the Great Tumult.

His struggle was a huge success as it led to the passing of Chotanagpur Tenancy Act in 1908. The act limited the powers of passing on of lands from the tribal groups to the non-tribal.

The State was formed in 2000. The state accounts to more than 40% of mineral resources of India. Jharkhand is the second leading producer of minerals after Chhattisgarh. However, around 39.1% of population in Jharkhand is below poverty line. Though rich in resources, the state is underdeveloped. This scenario is called ‘Resource Curse”. Also, this is the main reason for Jharkhand to emerge as the centre of Naxalite Maoist insurgency.

According to the 1991 census, the state has a population of 20 million. Of these 28% are tribal and 12% belong to scheduled castes. Only 45% of Jharkhand had access to electricity. Forests occupy more than 29% of the state and is the highest in India. This makes it easier for the Maoists and Naxalites and hence the insurgencies is at the highest in the region.