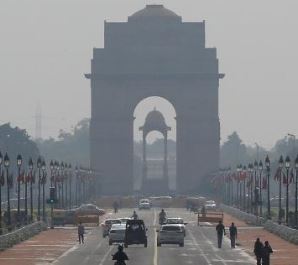 The “Turbocharging Delhi-NCR Startup Ecosystem” report issued by TiE Delhi-NCR and consulting firm Zinnov has observed that Delhi-NCR is a bigger start-up hub than Bangalore.

The report notes that NCR not only beats Bangalore in the number of active start-ups, the region also has more number of unicorns (a privately held startup company valued at over $1 billion), the highest cumulative private market valuation, and has three of the four most valuable listed Internet companies in India.

How NCR emerged as a big Start-up Hub?

NCR has the biggest consumption market in the country. This sheer volume of NCR makes it exciting as a testbed. Further Bangalore’s traffic and congestion issues were also affecting growth.

The city of Banglore has grown beyond proportion and it doesn’t have the infrastructure. Various pockets have emerged in the city and they are all far away from the biggest hub of transportation, International Airport. As a result, people waste so much time travelling from the airport to any other hub in the city – whether it is MG Road, or Electronic City, or the Outer Ring Road, or Koramangala. This results in reduction in the productivity for the entire ecosystem.

Reaching Gurgaon, or the centre of Delhi from the airport isn’t a big deal; it is a mere 13 km to CyberHub and 15 km to Connaught Place.

Even though NCR has severe pollution problems during the winter months it beats Bangalore hands down in the infrastructure. Movement within the city of Bengaluru is extremely difficult.

The Ola Mobility Institute notes that Delhi’s average speed on roads is around 23 km per hour. While this seems low, it is still far higher than Bangalore’s 15.5 km per hour. Delhi also has nine times the operational network of metro (373 km) versus Bangalore (42 km).