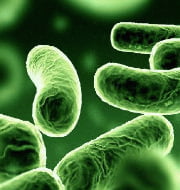 The properties of newly discovered antibiotic have specific application in agriculture greatly. It is a soil bacterium and is known as “phazolicin”. This compound was unknown previously and was recently isolated in the tropical rain forests of Mexico.

The antibiotic is found in the root nodules of wild beans. They have their application both in medicine and agriculture. This antibiotic is fixed in the nodules by the symbiotic soil bacterium.

The antibiotic is a peptide. These peptides can bind to the ribosomes of the bacteria and are capable of messing with the protein synthesis.

Nitrogen is the most commonly deficient nutrient in the soil. The plants cannot consume nitrogen directly from the atmosphere. However, it is highly essential nutrient for their growth. Plants absorb nitrates from the soil.