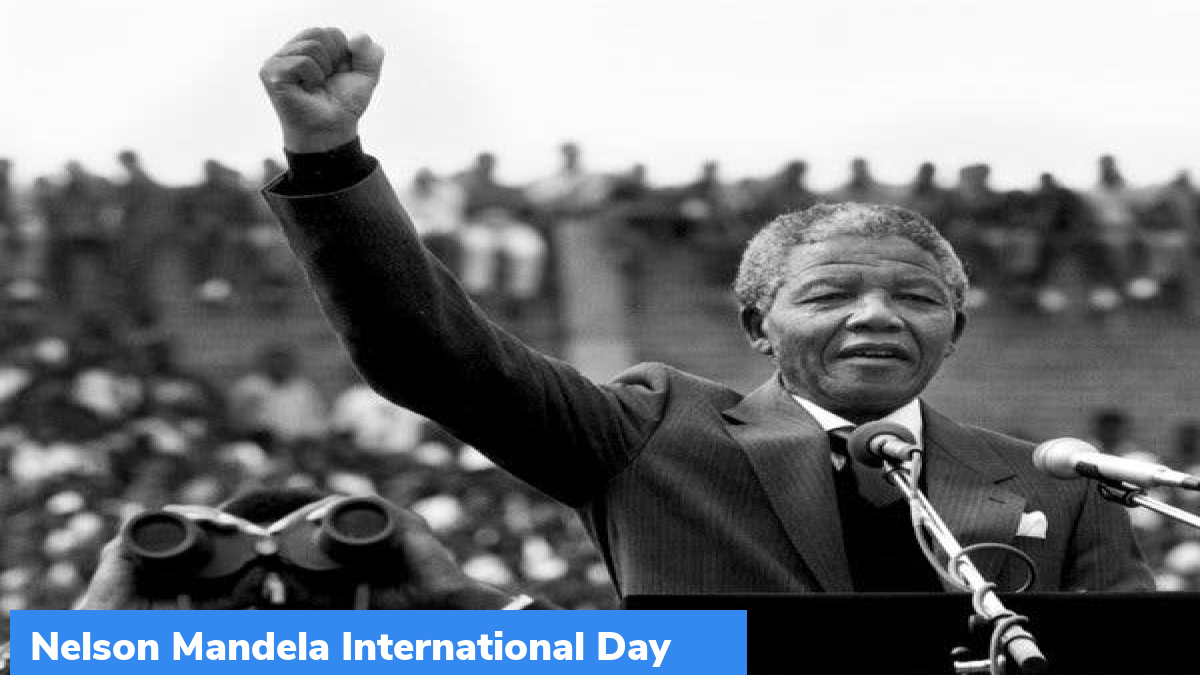 The Nelson Mandela International Day is observed on July 18, annually in the remembrance of Nelson Mandela, who was the first democratically elected President of South Africa.

The Nelson Mandela International Day 2022 was observed under the theme “do what you can with what you have and where you are”. The theme is significant considering the geopolitical landscape in eastern Europe, conflicts in Horn of Africa, crisis in Sri Lanka & Afghanistan, etc. In year 2021, the theme was “One Hand Can Feed Another.”

The Nelson Mandela International Day was set up in November 2009, following the recognition of contributions made by Mandela in bringing peace and fight for freedom, by UN General Assembly (UNGA). The UNGA approved a resolution highlighting the values and dedication to service of humanity in the midst of conflict resolution, protection of human rights, race relations, promotion, and fight against poverty. The day is observed on the birthday of Mandela.

UNGA launched the “Nelson Mandela Prize” in 2014. It is presented to those who dedicated their lives to humanity.

Nelson Mandela was a lawyer, human rights activist, and international promoter of peace. He was born on July 18, 1918. He was the first democratically elected President of South Africa. He was orphaned at a young age and claimed the Presidentship early. He was honoured with Nobel Peace Prize in October 1993. He died aged 95, in 2013.