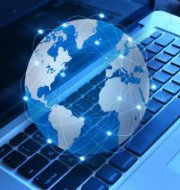 The Central government has launched the ‘National Urban Digital Mission’ on February 23, 2021.

It is an open-source software platform facilitating a secure and authenticated exchange of data across several data platforms, data producers, 3rd party applications and consumers. IUDX will provide full control to the data owners regarding the sharing of data. They could control as to what data needs to be exposed and to whom.

It is an urban renewal and retrofitting program that seeks to develop smart cities across India so as to make cities citizen friendly and sustainable. This mission is being implemented by Union Ministry of Urban Development in association with the respective state governments. It initially included 100 cities that will be completed in between 2019 and 2023.