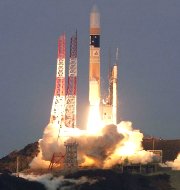 On November 21, 2020, NASA launched the Copernicus Sentinel-6 Michael Freilich satellite to monitor oceans. The satellite was launched in SpaceX Falcon 9 rocket. The satellite launch was a part of the Mission Jason Continuity of Service. The mission was launched to measure the height of the ocean. Measuring the height of the ocean is one of the key components in understanding the climate change. The spacecraft consists of two components. The other component of the spacecraft is to be launched in 2025.

Who developed the satellite?

The satellite was jointly developed by National Oceanic and Atmospheric Administration, European Space Agency and European Organization for the Exploration of Meteorological satellite and French National Centre for Space Studies.

What are the main objectives of the satellite?

The satellite has been named after Michael Freilich, an Earth scientist. He retired from NASA in 2019. He was an oceanographer.

The Grace satellites found that the ice sheets contributed 1.2 millimetres per year sea level rise between 2002 and 2017. The GRACE satellite was launched in 2018. It was a joint mission of NASA and German Aerospace Centre. GRACE mission measured gravity anomalies and how mass is distributed around the planer. It mainly measured distribution of water across the planet.

Other satellites launched to measure Ocean

Oceansat, Cartosat were launched by ISRO to study oceans.