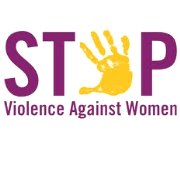 Nai Chetana Campaign was launched by the Central Government on the occasion of International Day for the Elimination of Violence Against Women (November 25).

What is Nai Chetana Campaign?

Who is implementing the Nai Chetana Campaign?

The Nai Chetana Campaign is being implemented by the state governments in collaboration with the civil society organizations (CSOs). It is being organized at all levels, including the state, district, block engaging with the community institutions and extended communities. As part of this campaign, all concerned stakeholders will come together to create a concerted effort in acknowledging, identifying and addressing violence-related issues.  Knowledge workshops, leadership training, seminars on sexual violence and other such events will be conducted as part of this month-long campaign.