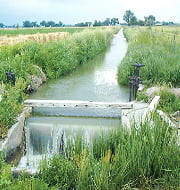 Pradhan Mantri Fasal Bima Yojana (PMFBY) was introduced to provide financial support to farmers suffering crop loss or damage to crops arising out of natural calamities. In the last six years, around 36 crore farmers got associated with the scheme. Farmers, whose crops got damaged due to natural calamities, got compensation of more than one lakh crore rupees. Earlier, the insurance under the scheme was mandatory for farmers who took the agricultural loan. But in 2020 the scheme is made voluntary for all farmers.