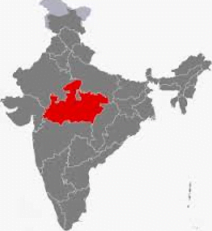 The Panchayat Extension to Scheduled Areas (PESA) Act is set to be implemented by the state government of Madhya Pradesh to prevent the exploitation of the tribal population. The formal announcement of the Act’s implementation was made on the occasion of Janjatiya Gaurav Divas (November 15).

What is PESA Act?

Panchayat Extension to Scheduled Areas (PESA) Act aims to ensure self-governance via the traditional gram sabhas for people living in Scheduled Areas in the country. The Scheduled Areas are places that are mainly dominated by tribal communities. These regions were not covered by the 73rd Constitutional Amendment or Panchayati Raj Act.

The PESA Act aims to extend the provisions of Part IX of the Indian Constitution to the Scheduled Areas. It enables the Panchayats and Gram Sabhas to implement the system of self-governance in these regions.

The Act allows the setting up of a Gram Sabha for a village in the scheduled area. Every gram sabha will act as an autonomous body that manages certain aspects of the scheduled area, especially the resource management. The Act also allows the gram panchayats to decide on matters that are related to minor forest produce, land, and small water bodies along with the implementation of government schemes. They will also maintain records of migrant laborers for the elimination of the practice of bonded labor in the scheduled areas.

In 2021, the Indian Government declared November 15 as Janjatiya Gaurav Diwas (Tribal Pride Day) to honour tribal freedom fighters. It commemorates the birth anniversary of Birsa Munda – a tribal freedom fighter who led the religious movement against the British colonialism in the tribal belt in present-day Bihar and Jharkhand. His rebellion helped bring back the tribal traditions and culture. Munda’s rebellion led to the British enacting the Chhota Nagpur Tenancy Act of 1908, which restricts the transfer of tribal land to non-tribals, providing a huge relief for the tribal communities and ensuring the protection of tribal rights.