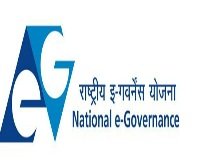 Jammu and Kashmir (J&K) has been selected for National e-Governance award 2014-15 for its best district level initiative in the country.
J&K state has been selected for this award by Department of Administrative Reforms for its e-Panchayat project.
This award will be presented during 18th National Conference on e-Governance to be held at Gandhinagar, Gujarat on January 30-31, 2015.
Background

It was instituted in 1997. It is given by Department of Administrative Reforms.
Purpose of the award

It should be noted that J&K state has bagged this award for first time in 18 years since award was instituted.