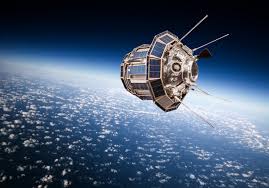 Israel has launched its first environmental research satellite named as Venus (Vegetation and Environment Monitoring New Micro-Satellite). It is a joint venture between the Israel Space Agency (ISA) and its French counterpart CNES.
It was launched on board of Arianespace Vega launcher from the European spaceport in Kourou, French Guiana.

The Venus satellite is an earth-observation micro-satellite. It is considered the smallest satellite of its kind in the world. It weighs only 265 kilogram. It will be placed in sun-synchronized orbit at an altitude of 720 kilometers.
It will circle the earth 29 times in each 48-hour period and will stay in commission for 4.5 years. The mini-satellite is equipped with a special camera that can visualize details on Earth that are not visible to the naked eye.
Venus Satellite has a dual mission-scientific and technological. The scientific mission will monitor Earth’s vegetation using a camera capable of recording 12 narrow spectral bands. The technological mission will test the operation of an innovative electric propulsion system based on the Israeli-designed Hall Effect Thrusters (HET). HET is a relatively low power device used to propel a spacecraft after entering orbit or farther out into space.
Applications: Venus satellite will be used to survey and monitor large areas to study soil, vegetation, forests, agriculture, water and air quality and other aspects of the environment. It will help to obtain high-resolution photographs of specific sites to track environmental issues such as erosion, desertification, pollution, natural disasters, and other phenomena linked to climate change.