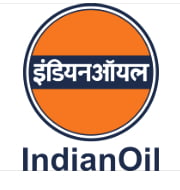 The Indian Oil Corporation (IOC) has planned to build a new oil terminal at Motihari in Bihar to supply fuel to Nepal via the planned pipeline up to Amlekganj in Nepal. The old terminal functioning at Raxaul in Bihar will be shut down as it does not conform to the current OISD (Oil Industry Safety Directorate) guidelines. The decision to shift the terminal from Raxaul to Motihari has been taken keeping in mind the current safety guidelines.

Oil Industry Safety Directorate (OISD) is a technical directorate that formulates the regulatory measures to enhance safety of the Indian oil and gas industry. It functions under the ministry of petroleum and natural gas.

The 69-km Motihari-Amlekganj pipeline will be built at a cost of Rs.325 crore. Nepal is giving at most importance to the project by giving it a national priority status. Also, as per the initial agreement, a new 200 km pipeline would be laid between Patna and Motihari and will be utilised if there is a delay in operation of the new terminal at Motihari. Already a pipeline between Barauni (where a refinery exists) and Patna exists. IOC expects to operationalise the Motihari-Amlekganj pipeline after 30 months of receiving statutory clearances. Nepal wants the pipeline to be extended up to Chitwan for which the IOC has been asked to prepare a detailed feasibility report (DFR).

In August 2015, the India and Nepal signed a memorandum of understanding (MoU) for a product pipeline. As a follow-up, IOC and Nepal Oil Corporation entered into a MoU for laying down of the pipeline. At the beginning, it was decided that the pipeline would be laid from Raxaul to Amlekganj, but later it was decided to extend it till Motihari. Recently, the fuel supply agreements between India and Nepal have been extended to five years. Nepal receives around 2 lakh kilolitres of fuel from IOC every month.