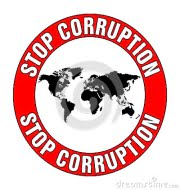 On December 9, the International Anti-Corruption Day was celebrated by the Central Bureau of Investigation in New Delhi.

It is the only legally binding universal anti-corruption instrument. It covers five main areas such as international cooperation, criminalisation and law enforcement, preventive measures, asset recovery, technical assistance and information exchange. The different forms of corruption covered by the convention are abuse of functions, trading in in fluence and several other acts of corruption in private sector.

The ranking of India in the Corruptions Perceptions Index has slipped from 78 in 2018 to 80 in 2019. The Corruption Perception Index is launched by Transparency International. The organization is based in Berlin, Germany. According to the ranking, the following are the main reasons for the increase in corruption
• Undue Influence in decision-making
• Unfair and Opaque Political Financing
• Lobbying by powerful corporate interest groups.
The following were suggested by Transparency International to fight corruption in India
• To control political financing.
• To empower citizens.
• To manage conflicts of interests.
• To strengthen electoral integrity.
• To reinforce checks and balances.
• To control political financing.

It is an anti-corruption body. It has jurisdiction to inquire into allegations of corruption against public functionaries. However, it till date faces execution issues even after six years of its constitution. According to Government of India, no one could be recognised as the Leader of Opposition after the 2014 election and hence the appointment of the members is getting delayed.