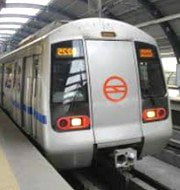 The first driverless train operations in India were initiated by Prime Minister Narendra Modi on December 28, 2020. The train is operated on the Delhi Metro’s Magenta Line.

The train was rolled out on the 38-kilo metre long line, called the Magenta Line. It is a part of the 390-km long network spread across the national capital and the adjoining cities such as Gurugram, Noida, Ghaziabad, Faridabad and Bahadurgarh.

The driverless Train Operations shall be implemented only on Line 7 and Line 8 of Delhi Metro Rail Corporation. This is because only these corridors are equipped with advanced signalling technology.

Under the system, the command centres have been equipped with controllers to handle passenger information system and crowd control.

The Delhi Metro commenced its operation in 2002. It is now the largest urban rapid transit system of India. Since its inception, the Delhi metro has made several technological leaps such as Automatic Train protection, Automatic train control, automatic train signalling system. Delhi Metro also developed the Make In India signalling technology. It was a communication-based train control technology. The most important subsystem of the system is the Automatic Train Supervision (i-ATS). The i-ATS reduced the dependence on foreign investors greatly.

The i-ATS will work with train control and signalling systems. It is suitable for national transporter that is to introduce the Centralised Train Control.