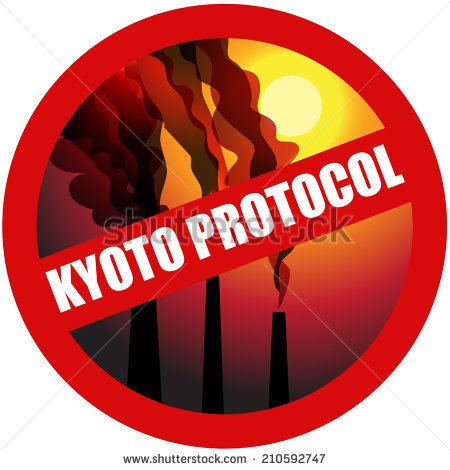 The Kyoto Protocol is an international GHGs emissions reduction treaty linked to the United Nations Framework Convention on Climate Change (UNFCCC). It commits its Parties by setting internationally binding GHGs emission reduction targets. It was adopted in Kyoto, Japan, in December 1997 and entered into force in February 2005.
The protocol is based on principle of equity and Common but differentiated responsibilities and respective capabilities (CBDR). It places obligations on developed nations to undertake mitigation targets to reduce emissions and provide financial resources and technology to developing nations. Developing countries like India have no mandatory mitigation obligations or targets under the Kyoto Protocol.
The first commitment period under the Kyoto Protocol was from 2008-2012. The second commitment period of the Kyoto Protocol or Doha Amendment for 2013-2020 period was adopted in 2012. The amendment includes new commitments for parties to the Protocol who agreed to take on commitments in a second commitment period and a revised list of GHGs to be reported on by Parties.

The ratification of second protocol reaffirms India’s stand on climate action. It also further underlines India’s leadership in the comity of nations committed to global cause of environmental protection and climate justice. It will encourage other developing countries also to undertake this exercise. Under the second commitment period, implementation of clean development mechanism (CDM) projects will help Indian attract some investments.