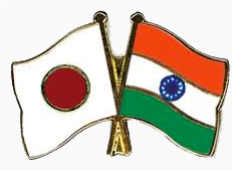 India and Japan recently signed Memorandum of Understanding to enhance cooperation in the field of Information and Communications Technology. The agreement included standardization of 5G as well.

Key Features of the Agreement

In September 2020, India and Japan signed Military Logistics Agreement. The agreement allowed the countries to exchange supplies and services on a reciprocal basis. Japan was the sixth country with which India signed the agreement after US, France, Singapore, South Korea and Australia.

Japan has committed to manufacture 30% of Indian aircrafts. This will increase defence manufacturing of India.

India and Japan signed the nuclear deal in 2015. Under the agreement, Japan can supply nuclear reactors, fuel and technology to India. The Agreement allows India to purchase nuclear reactors with more than 1,000 MW capacity. India will get nuclear breeder technology and nuclear fuel fabrication technology from Japan. India is the only non-NPT (Non-Proliferation Treaty) signatory with which Japan has entered into a civil nuclear deal.

The centres are located at Gurugram.