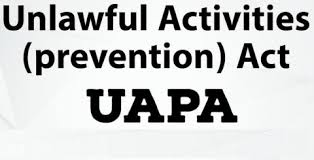 The Indian Government has classified several dreaded terrorists like Masood Azhar, Dawood Ibrahim, and Hafiz Saeed as individual terrorists under the UAPA Act. This decision was taken nearly a month after the Indian Parliament allowed this crucial amendment to the UAPA law.

How has this happened?

The Indian Government has alleged that Masood Azhar has been involved in an attack on the Jammu and Kashmir Assembly complex in 2001, attack on Parliament in 2001, attack on Pathankot airbase in 2016 attacks on BSF camp in Srinagar in 2017 and explosion of a CRPF bus at Pulwama on February 14, 2019 which caused several deaths of Indian Citizens and Armed Personel.

In an investigation by the various Indian Law enforcement bodies and the Indian Intelligence agencies, Dawood Ibrahim has been found to run an international underworld crime syndicate. He has been found to be actively involved in various acts of terror, fanning religious fundamentalism, has done terror financing, arms smuggling, circulation of counterfeit currency and several other unlawful activities in India.