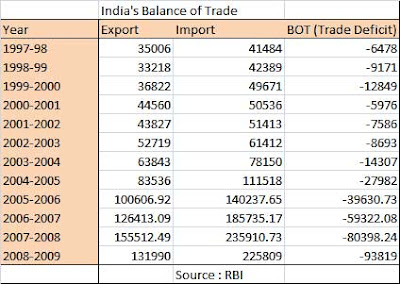 The control on import on the one hand and promote export on another hand is what Government of India taking some measures to control Balance of trade.

Why India’s Balance of Trade is unfavourable?