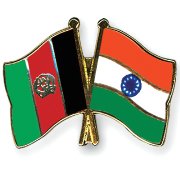 India and Afghanistan have signed an Extradition Treaty to facilitate exchange of wanted terrorists and criminals.
Moreover, both countries also signed agreements on peaceful uses of outer space technology and also on cooperation on commercial and civil matters.
These agreements were signed during Afghanistan President Ashraf Ghani’s official state visit to India. He was on a visit to India from 14 to 15 September 2016.
Key Facts