IFFI to be held in November at Goa, as per schedule 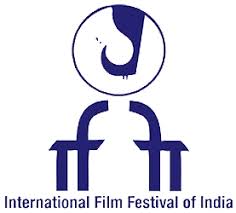 The International Film Festival of India (IFFI) will be held in November 2020 as per the schedule of the event. The event is normally held in Goa between November 20 and 28. This year also, the same timeline is fixed for the event and no change has been proposed till now in the schedule.

What is the International Film Festival of India (IFFI)?

The International Film Festival of India, founded in 1952, is one of the most important film festivals in the continent. This is held annually in the Indian state of Goa. The main objective of the festival is to provide a common platform for the cinemas of the world to project the excellence of the film art, contributing to the understanding and the significance of cinema in the different nations and their cultures. It is organized by the Directorate of Film Festivals under the Ministry of Information and Broadcasting and the Goa Government.

During this festival, the Golden Peacock Award is presented for both movies and short films to recognize the excellence of those movies.