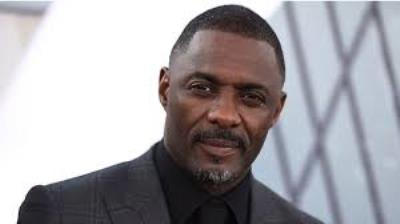 Actor Idris Alba has been bestowed with the BAFTA Special Award for his creative contribution to television. He is very popular for playing the role of Stringer Bell in ‘The Wire’. He will be given the award on July 31 in a closed studio show to the actor as he has utilized his influence in the best possible way to ensure diversity in the cinema industry. This is one of the highest awards presented by the British Academy of Film and Television Arts (BAFTA).

Alba has been instrumental in acting as well as championing the cause of discovering new talents for the industry. In 2016, he challenged the British Parliament on the matter and then provided on-the-job training to the undiscovered talent through his own production company Green Door Pictures.

Previous recipients of this award include Clare Balding, Cilla Black, Sir Lenny Henry and commentator John Moston, among others.

Alba was born to African immigrants and was raised in East London. With a scholarship from the Prince’s Trust, he was able to take up a place at the National Youth Music Theatre. He achieved stardom during his stint as Stringer Bell in ‘The Wire’ which was followed by his titular performance in the BBC crime drama ‘Luther’. Alba founded his own production company, Green Door Pictures, in the year 2013 with the objective of promoting inclusion and discovering new film-making talent.

He returned as Luther on BBC One in 2019 and along with that, he also stars in the semi-autobiographical series, ‘In the Long Run’ which is airing its third season now.

The British Academy of Film and Television Arts is an independent charity that supports, develops and promotes the art forms of the moving image, such as films, television and games in the UK. BAFTA has an international program of learning events and initiatives offering access to talent through workshops, scholarships, lectures and mentorship opportunities in the UK and the USA, apart from holding its annual award ceremony. Established in 1947, it is based in Piccadilly, London.