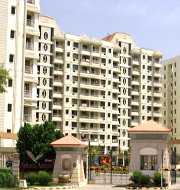 Due to the Coronavirus pandemic hitting the country hard in 2020, housing sales across the major cities of India have been affected a lot with a decline of 54 per cent to 59538 units during the First Half of 2020. During the same period in the last year, over 1.29 lakh units were sold across the top 8 cities of the country.

The data has been published by a survey conducted by Knight Frank India.

Highlights of the Survey Report