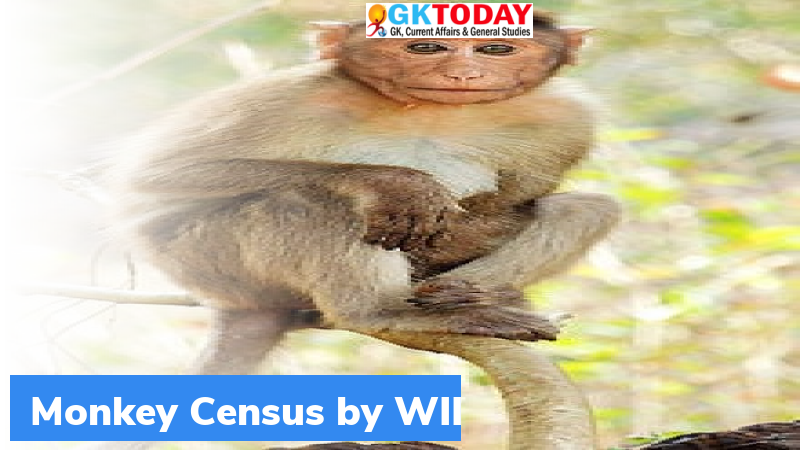 The Wildlife Institute of India recently conducted a “Monkey Census” in the state of Haryana.

About the Mobile App

The app was available at the Play Store for free download. The participants, that is, the residents had to just enter the count of the monkeys, their sizes and gender if possible, using the application.

Why Monkey Census in Haryana?

The Human-Monkey conflicts in the state of Haryana have increased. Thus, the census was conducted to shed some light into the issue. The conflicts have mainly increased in the cities of Ambala, Gurgaon, Bhiwani, Faridabad, Yamnua Nagar.

This species of monkeys that are frequently indulged in Human-Monkey Conflict are protected under Schedule II of Wildlife Protection Act, 1972.

There are totally six schedules under the act. The species listed under Schedule I and Schedule II get protection against hunting and also attract maximum penalties.

National Board for Wildlife

It was constituted as a Statutory Body under the Wildlife Protection Act.

It is to be conducted in two parts namely Line transects survey in and around the Protected Areas and also through camera traps.

The Wildlife Institute of India was paid Rs 42 lakhs to conduct the survey. It is an autonomous institute that operates under Ministry of Environment, Forest and Climate Change. It was established in1982.