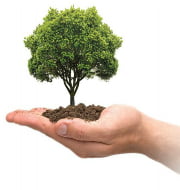 What are the functions of the ‘Harit Path’ app?

National Highways Authority of India designed this app to monitor and collect information about locations, growth, details of the species, maintenance operations, targets, and achievements of the field units for the plantation projects.

What is the ‘Harit Bharat Sankalp’ initiative?

It is a nationwide plantation drive program to boost the commitment of NHAI that looks forward to promoting environmental protection and sustainability.