Govt in talks to encourage FDI for rental housing scheme 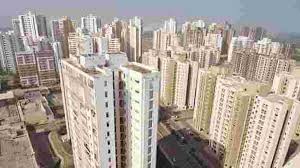 The government is all set to encourage the access of the Foreign Direct Investment in the rental housing project of the Union Government. The facilities available for affordable housing will be extended to the rental housing scheme.

As per the scheme of the Union Government, the cabinet has approved a scheme to provide affordable rental housing complexes (ARHCs) to the urban migrants and the poor as a sub-scheme of the Pradhan Mantri Awas Yojana (PMAY) – Urban. Under this scheme, the existing government-funded housing complexes will be converted into ARHCs through concession agreements for 25 years. Special incentives will also be offered to private and public players for the development of housing complexes on their own land for 25 years. It is going to target around 3.5 lakh beneficiaries from manufacturing industries, service providers across sectors, construction and other sectors.

FDI will be encouraged in this area by the government. It is already available in the affordable housing projects being developed in the country. Now, this should be extended to rental housing as well. The central government is already in talks with the state governments to get agreements signed and public-private players are already taken on board. FDI will make sure that more such complexes can come up in the country.

The objective of the Rental Housing Scheme

The main aim of the rental housing scheme is that the government wants to provide housing benefits to the migrants close to their place of work. The complexes developed under this scheme will also be given on rent to factories and business entities in the country.