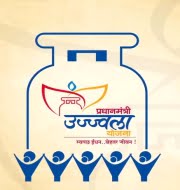 The LPG Panchayat scheme aims at spreading awareness among LPG users about how to properly use clean fuel and its useful benefits. It will provide platform to trigger discussion through sharing of personal experiences on benefits of use of clean fuel compared to traditional fuels like cowdung, charcoal or wood.
It also aims to connect with beneficiaries of Ujjwala Yojana to resolve issues and wrong traditional beliefs among people through officials of oil PSUs, NGOs, Asha workers and social workers. Under it, one lakh LPG Panchayats will be activated across country to deal with issue of safe use of LPG as well as discuss its various benefits on environment, health and how it empowers women.
LPG Panchayat will serve as an interactive platform between those who received LPG cylinders under PMUY. One panchayat will have around 100 LPG customers of nearby areas. The panchayats discuss issues such as safe practices, quality of service provided by distributors and availability of refill cylinders.