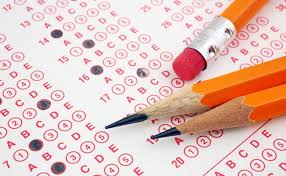 Government has appointed former chairman of Central Board of Secondary Education (CBSE) Vineet Joshi, as the first Director-General (DG) of the National Testing Agency (NTA). He will have tenure of five years.
He is 1992-batch IAS officer of the Manipur cadre. Prior to this appointment, he was resident commissioner of Manipur government. During his stint as CBSE chairman, he had introduced big changes such as Continuous Comprehensive Evaluation (CCE) and making Class X board examination optional.

NTA was approved by the Union cabinet in November 2017. It is autonomous and self-sustained premier testing organization to conduct entrance examinations for higher educational institutions in India. It is registered as society under Indian Societies Registration Act, 1860.
Composition: NTA will be chaired by eminent educationist appointed by Ministry of Human Resource Development. Its CEO will be Director General (DG) appointed by Government. Besides, it has Board of Governors comprising members from user institutions.
Mandate: Conduct entrance tests entrusted to it by any department or ministry. Bring high reliability and standardised difficulty level for assessing aptitude, intelligence and problem-solving abilities of the students.  It will relieve CBSE, AICTE and other bodies of responsibility of conducting entrance examinations.
Operations: It will take over majority of the examinations conducted by CBSE from 2019 in phased manner. It will start its operations with Joint Engineering Entrance (JEE) and National Eligibility and Entrance Test (NEET UG) for admissions to medical and dental programmes from 2019.