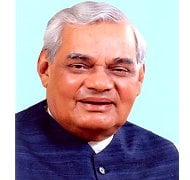 The Parliament was attacked on December 13, 2001 by a group of masked men during the tenure of Vajpayee as the PM. He ordered Indian troops to be mobilised for war along the India-Pakistan border. Pakistan too responded by mobilising its own troops. A huge threat of war loomed between the countries. However, with international mediation the countries withdrew their troops.

In 2002, Vajpayee Government passed the Prevention of Terrorism Act following the attack. The act was passed by the Parliament of India in a joint session. It aimed to strengthen anti-terrorism activities in the country. The act replaced the Prevalence of Terrorism Ordinance of 2001 and the Terrorist and Disruptive Activities (Prevention) Act. There were huge concerns that the act could be misused as it provided huge powers to the government authorities in investigating a suspect.

During the tenure of Vajpayee, the major successful schemes such as Pradhan Mantri Gram Sadak Yojana and National Highways Development Project. Also, the Sarva Shiksha Abhiyan that aims to improve quality of education in primary and secondary schools were launched during his tenure.

The world longest tunnel at Rohtang located on the Leh-Manali highway was named as Atal Tunnel. The third longest cable stayed bridge in India located over the Mandovi river has been named as Atal Setu. Also, the Government of Chhattisgarh changed the name of Navya Raipur to Atal Nagar.