GoI to set up 14 more Aerodromes 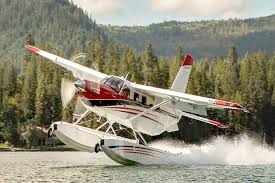 The Ministry of Shipping recently announced that the government of India is to set up fourteen more aerodromes in the country to develop sea plane tourism in the country. Recently, PM Modi inaugurated the seaplane service between Statue of Unity in Kevadia and Sabarmati Riverfront in Ahmedabad. The PM inaugurated the service on the side lines of the celebration of Ekta Diwas.

The 14 aerodromes are being planned under UDAN scheme. The Ministry of Civil Aviation and Airport Authority of India are to implement the project jointly. As a start, they have requested the Inland Waterways Authority of India to conduct hydrographic survey. The hydrographic survey is important to mark the runway and shallow water for landing purposes.

The Seaplane at the Statue of Unity is operated by Spice Jet. The Spice Jet private firm has secured 18 sea routes under UDAN scheme.

The inclusion of seaplanes to connect water aerodromes were started under Phase 3 of UDAN scheme. The GoI approved six water airports under the third phase of the scheme. This includes Shatrunjay dam in Gujarat, Umrangso reservoir and Guwahati riverfront in Assam and Nagarjuna Sagar in Andhra Pradesh, Jorhat and Shillong in Meghalaya. The other was at the Statue of Unity.

The seaplane projects will increase tourism and hotel businesses. It will provide employment to the local rural people. The landing and take off of seaplanes create turbulence in water. This will mix oxygen in water providing a positive impact to the aquatic ecosystem near the aerodrome. It will increase oxygen content and decrease carbon content in the water.

They cause minimal or no environmental impacts. They are one of the very few transport options allowed in Great Barrier Reef.