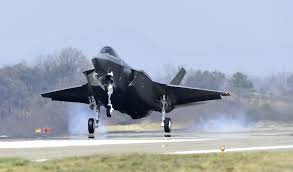 Under the Indo-French Defence Cooperation, the French Air and Space force and the Indian Air Force have so far held six editions of air exercise called “Garuda”. The last of the six exercises was held in Air Force Base Mont-de-Marsan, France in 2019. The Ex-Desert Knight 21 is being held in addition to the Garuda series exercise.

The regular defence exercises held between India and France are as follows:

The three main pillars of India-France strategic partnership are space, defence and civil nuclear cooperation. France has been a continued support of India’s permanent membership at the United Nations Security Council. France had also been a great supporter of India for its membership at the Missile Technology Control Regime, Wassenaar Arrangement, Australia Group and Nuclear Suppliers Group.

India joined the Wassenaar Arrangement as the 42nd member. Also, India joined Missile Technology Control Regime in 2018. India’s entry to NSG is being opposed widely as India is a non-signatory of Non-Proliferation Treaty.