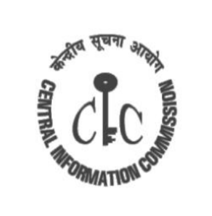 What was the case?

The applicant Rajaak Khan Haider had sought an EVM from the Election Commission. The Election Commission had rejected the application saying the EVMs held by it do not come under the definition of “information”.
The applicant had approached Central Information Commission with the argument that as per Section 2(f) and 2(i) of the RTI Act, the definition of ‘information’ and ‘record’ also includes ‘any model or any sample’ held by a public authority, calling the rejection as wrong.
The Information Commission even though upheld these arguments noted the contention of Election Commission of India that the software installed on these machines is an intellectual property of a third party, the disclosure of which would harm its competitive position.
Section 8(1)(d) exempts information including commercial confidence, trade secrets or intellectual property, the disclosure of which would harm the competitive position of a third party unless the competent authority is satisfied that larger public interest warrants the disclosure of such information.
The CIC did not give any view whether it was upholding or rejecting the EC’s position on commercial confidence leaving a grey area

Highlights of the Ruling