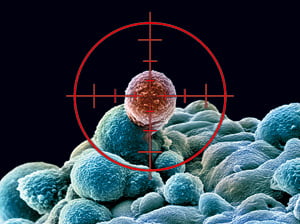 Researchers from the Pune-based National Centre for Cell Science (NCCS) have successfully isolated cancer stem cells that cause skin cancer.
They have successfully demonstrated that Andrographolide (a compound) isolated and purified from Andrographis paniculata (a herb) found in India is effective in inhibiting tumour growth both in skin cancer and lung metastasis in mice.
How did they undertake research?