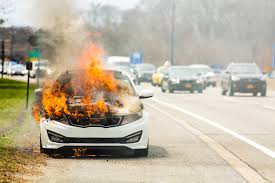 The DRDO has developed fire detection and suppression system for passenger buses. The technology can detect fire in buses in less than 30 seconds. Also, it can extinguish the fire in 60 Seconds.

The technology was developed by the Delhi based Centre for fire explosive and environment safety of DRDO. The fire detection and suppression system consist of a water tank of 80 litres of capacity, network of tubing with 16 atomizers and 6.8 kilograms of Nitrogen cylinder. The nitrogen cylinder installed is pressurized to 200 bar.

The system has an aerosol generator with which the fire suppression can be achieved within 5 seconds. The system has been developed as a defence spin off Technology.

Though, there is fire threat in all vehicles, the system has been specially developed for sleeper coaches and school buses.

According to the report released by Ministry of Road Transport and Highways in 2019 around 1,51,417 deaths occured in India due to road accidents. The report was released under the title “Road accidents in India, 2018”. The report says that the number of road accidents has increased by 2.4 % as compared to that of 2017.

Therefore, the system has a very significant role to play in preventing vehicle fires.

What is aerosol fire suppression?

They are well suited to suppress class A, B and C fires.

What are the classes of Fire?

There are four classes of Fire. They are as follows